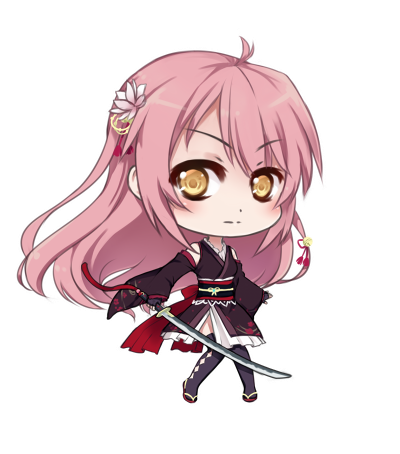 You can check out the Demo or get Reimei no Gakuen - Full game here.

Check out the other pages of the game below:

But on a night 20 years ago, the balance of this world was offset. The happenings of that night are unknown to this day. Until today, no one knew what truly happened that night. The only sign, one that even normal humans could sense, was the 'Hoshi no Ame': a rain of colorful stars all around the world. Since then, there have been several mysterious occurrences that even supernatural beings could not explain.

In order to download this game you must purchase it at or above the minimum price of $25 USD. You will get access to the following files:

Worth of the money. I love the art and the plot

I just finished this game and oh my god it is really amazing. I loved just about every route but I will say Fraser's, Osamu's, Aito's were the ones that stood out the most.

I want to say a lot but I will say I really really hope the possibility of epilogue game ends up happening because I really want to see more of how their relationship in each route after the good ends happens. Especially for Osamu and Fraser.

Edit: still thinking about this game and I really feel so bad for Osamu in his route. I really hope we an know more about what happens to him after his good end.

Again thank you for such a fantastic game!

First of all, I wanted to say that the game is wonderful. It basically has everything I like. An interesting story, strong protagonist, cute romantic interests and a lot of interesting secondary characters that improve the plot.

As for Lagi's route, I just loved their interaction. <3 Lagi is a ray of sunshine and he and Sheryl are cute together. <3 It was my first route, so it had a lot of impact on me. First, the number of deaths was a surprise. It was a real massacre! I won't lie, I was a little traumatized It would also be interesting to develop the characters' feelings after a death. (Some received only a single mention, which made it very superficial). Having said that,  I really loved Lagi,  couldn't get enough of him. <3

I liked the Hiryuu route more because it explained some things better. Like Blake's betrayal (damn Blake!). I also liked that the romance happened quickly (understandable, since they've known each other for a long time) and the complicity of the two is wonderful. But… Remi's death… oh no. I can't accept cute Remi's death, I deny it. (I think it would be interesting at least for the protagonist to have witnessed their deaths.)

Fraser's route was very painful. Kotoyo in the end broke my heart. </3 The troubled trio turned out to be more mature than I expected and I really enjoyed the interactions with the protagonist. Fraser is easily one of my favorite characters! I love chaotic characters! XD

Sin and Aito had more peaceful routes, especially Aito's. Sin was my fourth route and after having already witnessed Rosaline's death three times, I cried again. XD (I'm sensitive to deaths, ok?) AND WHAT WAS THAT ENDING? Please say it didn't end there, I need to know more!

Osamu was a nice route, although I can't see them as a couple. It was interesting to learn more about his and Sheryl's past.

About the Common Route... I thought it would all work out and there would be a "Disney" ending, but I was completely wrong. <//3 Well, I still enjoyed getting to know more about Dain, Lali and Remi. (Aiz and Rishou surprised me in the fight against Cordelia. They are truly underrated geniuses! Please give me more of the trio SherylxRishouxAiz XD)

What I missed in the end was a more complete epilogue, explaining the ending of each character. The endings were a little open, as is the example of Blake's fate or the character of Leo. I also missed a little more romance on some routes.(just a little more).

Finally... I really loved the game. I had been waiting for the release since 2018 and had high expectations. And they were fulfilled. The world, characters, music and art are all wonderful. It will be difficult to let go of this universe.

Thank you for creating this amazing game!

The Aiz, Rishou, Sheryl scene was actually a sudden idea, I never thought about that trio before that :D But I really like how it turned out as well.

As for the open endings and a more complete epilogue... there may be an epilogue game planned further down the road ;) Also, I may be working on a light novel right now.

MY BODY IS READY!! I'm so happy that I'll be able to enjoy this universe more! <3

God where to start? As a pre-order of the game... I've finished the game... and there's so much to say... Well first of all there are plot twists I DID NOT EXPECT. I'll try to not say much cause I don't want to give spoilers so I'll just write about the routes I love the most.

Let's see... Hiryuu caught my eye first for the demo and the end of his good ending chapter definitely was my favorite. But the beginning of Osamu's good ending chapter was my favorite. Aito's ending was so sweet... I loved it a lot. Fraser's ending was bittersweet (both good and bad end) and I hope it turns out better in the future for them. Osamu's... was also kind of bittersweet. (WHY ARE THE ONES THAT CHAIN WITH THE COMMON ROUTE BITTERSWEET?!) Lagi's ending... I'm confused. Are they are couple or not??? Like... I loved the way their relationship developed and they like each other. But like... is it official???

Hiryuu's ending ugh don't even get me started... I LOVED THE ENDING. Really sad about the troublemakers though. :( Sin's ending.... Raikon... you're a tease. A BIG TEASE. PLS I NEED TO KNOW MORE ABOUT THAT LAST MEMBER! I WAS DYING WHEN IT ENDED THERE! Common route's ending was good, that route's cgs were probably some of my favorites. I love group cgs.

Favorite Route......... ahem...... um.... let's skip that.... all the routes are good okay?! The most funny route is probably Lagi's. The most emotional is definitely Fraser's. Aito's Route has the best outcomes, Sin's was really sweet and both Sheryl's and Sin's characters developed well in it. Hiryuu's was the most romantic, Osamu's revealed a lot about both Osamu and Sheryl. There are both good things that happened in all the routes and bad things... ( cough cough, my heart took 2 days to recover from Fraser's Route)

Anywho I really love this game! And would definitely recommend it to others! Thanks for the hardwork on this game Raikon! I don't regret buying it at all! <3

As for the questions that haven't been answered in certain routes... hmmm, let's say there may be an epilogue game planned later down the road... and maybe even a light novel in the near future.

OMG REALLY?! I really hope we get that epilogue game then! My heart would be set! ;-; A light novel perhaps too!

I should have just bought the full game straight away T^T I think I messed up. Do I need to do Lagi and Hiryuu first?  I mean it IS the first act for a reason I suppose, I'm just supposed to study and wanted to do Sin's route already but oh well. I love it! Have been waiting for this for the past 2 years, thanks to the team!

Happy to hear you like it ♡  And actually, it can be played in the order you want.

It's just that the Act 1 routes (Common, Lagi, Hiryuu) can be a good start since they give the first look at the whole background plot. But it's not necessary for you to fully enjoy the other routes.

But The Common Route is included in Act 2 as well, so if you want you can start with that :D

I am having fun plaything through the game (I have finished Hiryuu and Lagi route. Currently working my way through Fraser), but I am kinda sad there is not a Tsurugi route. Even if it would not be romantic / be one sided. Cause he is easily one of my favorites, it not becoming my favorite.

Happy to hear you enjoy playing and you like Tsurugi ♡

Thanks for the guides!! I was planning to buy Act 2 before but now I'll just buy the FULL GAME on steam instead. I like having my games there :) 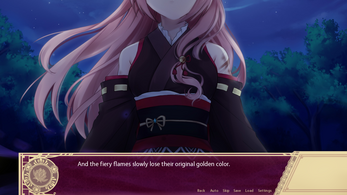 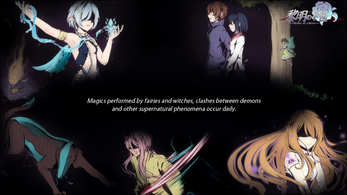 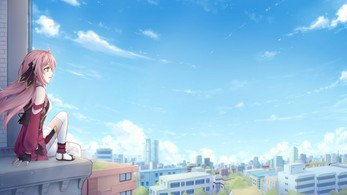 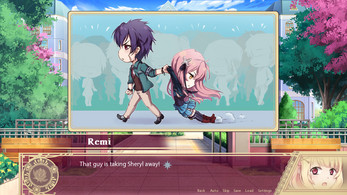 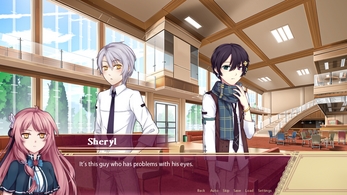 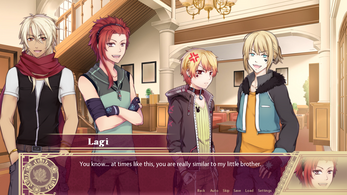 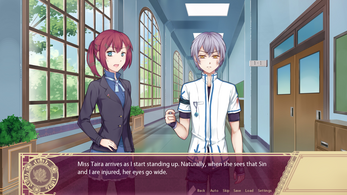 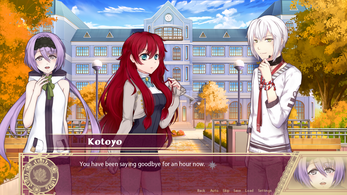 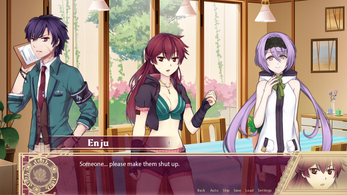 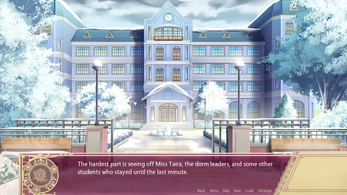 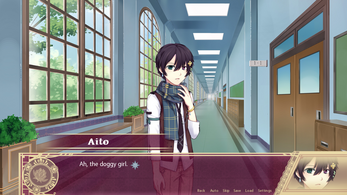 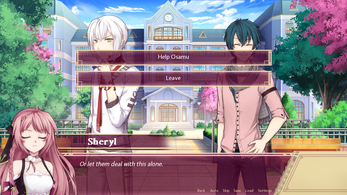 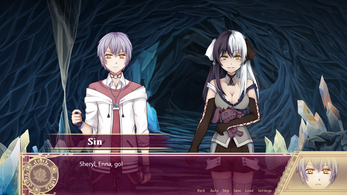 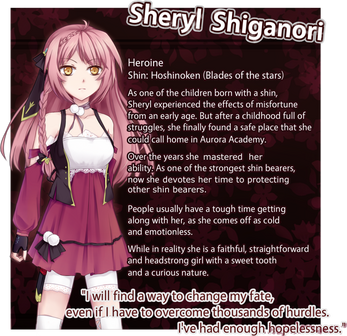